Iona is a beautiful, mainly car-free, island which lies off the southwestern tip of Mull. You access the island via a short ferry ride. We decided to take a day-trip to Iona and wanted to include a boat trip out to Staffa. Once on Iona we headed for a walk up Dun I (the highest point on Iona), but first I simply could not resist popping into the gorgeous Iona Craft Shop where a nice woolly hat was purchased!

We booked on to the Staffa Trips 3-hour tour on their lovely wooden boat, MB Iolaire. As we headed out to Staffa, it was great to make a quick detour to see a small Atlantic Grey Seal colony basking in the sunshine. 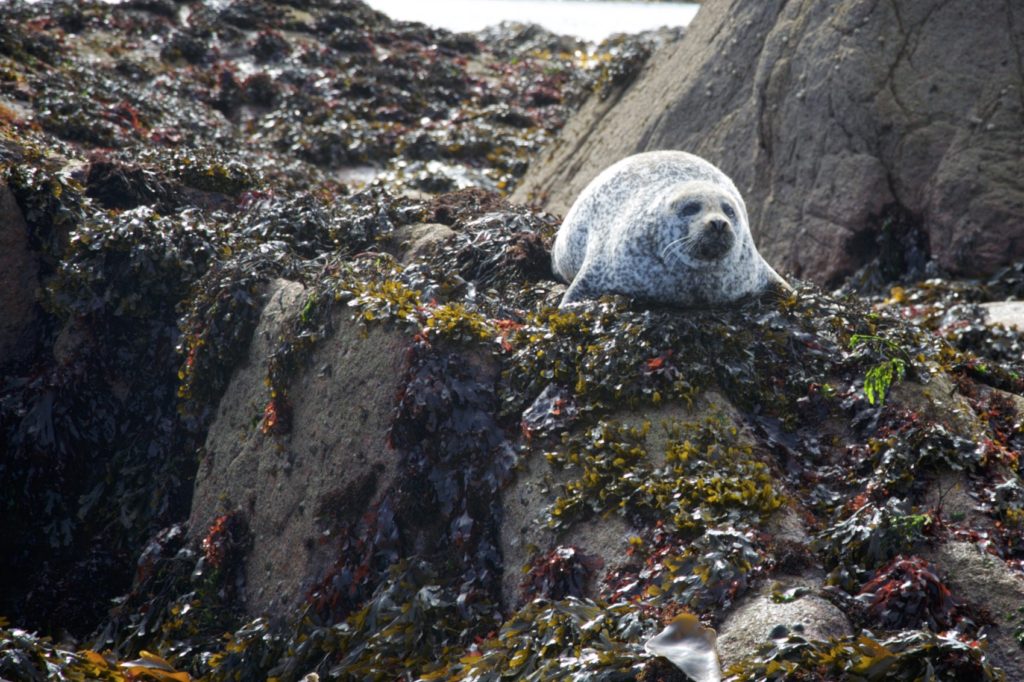 After saying ‘hello’ to the seals, the boat sped on through the waves to Staffa which is now a National Trust Nature Reserve. The enormous basalt columns were an amazing sight. This first photo shows a glimpse into Fingal’s Cave where Mendelssohn was inspired to write his Hebrides Overture. 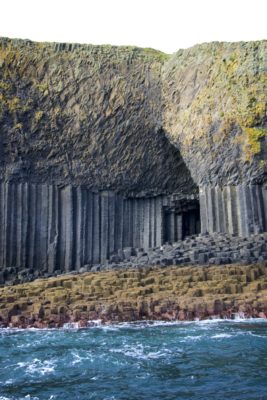 The rock formations varied across the island. Here the tiny islet of ‘Am Buachaille’ (The Herdsman) looks so twisted compared to the upright columns in other parts of the island. 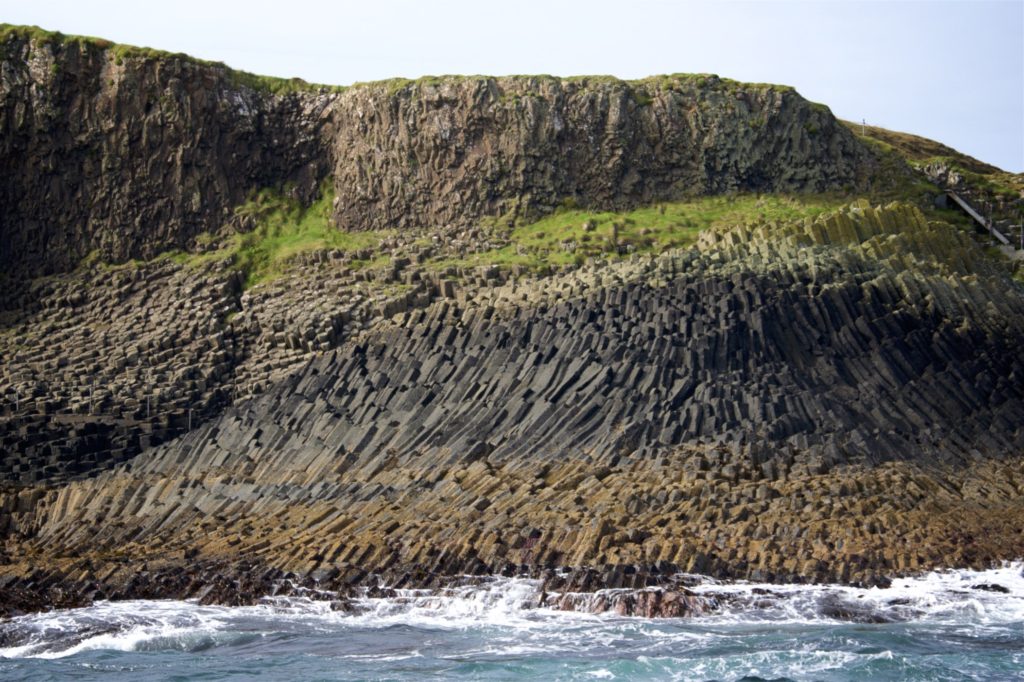 It was pretty choppy near the island, but the captain skilfully manoeuvred the boat into the small pier to let us off for an hour to roam the island. This gave the chance for some more amazing views and the opportunity to walk around into Fingal’s Cave. 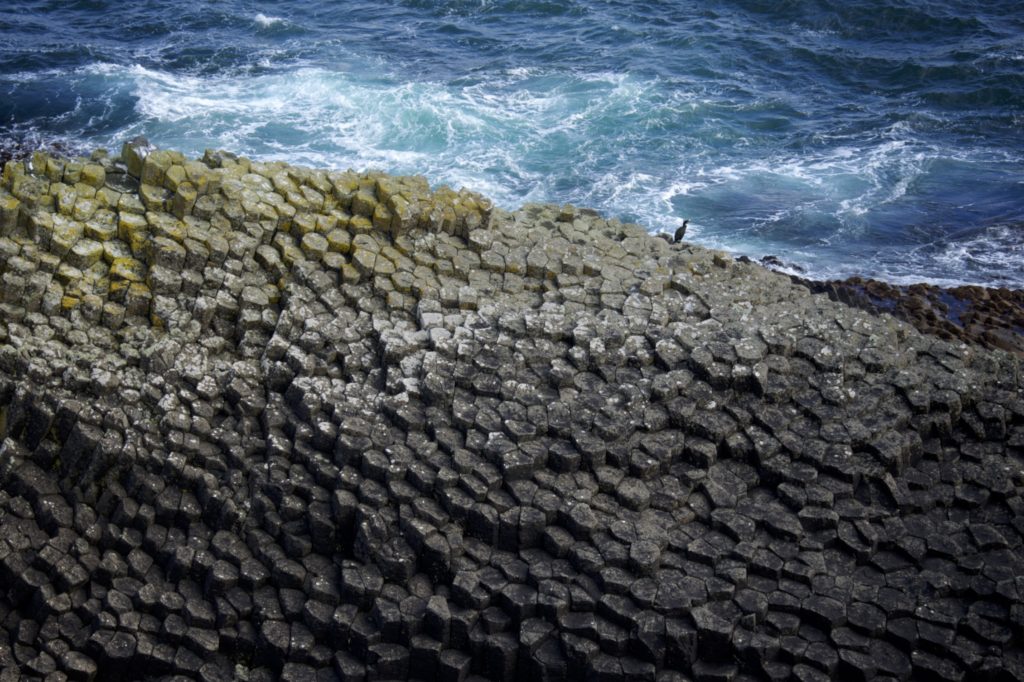 Luckily, the boat was able to make it back in to pick us up! Unfortunately, though, it was the wrong time of year to see the puffins which the Island is also well-known for. However, I’m certainly not complaining about planning a second trip back to Iona and Staffa.