No holiday to our beautiful British coastline is complete without a boat trip, and no boat trip is complete without some wildlife spotting. Today we went on a Serenity Boat Trip from Seahouses out to the Farne Islands. During the summer months many species of birds come to breed on the Farne Islands. However, by this time of year, most of those have left the islands, although we did spot one puffin who had been left behind and two razorbills. With this in mind we chose not to land on the islands, but instead to take one of the ‘sail around’ options to see the seals.

The tide was going out as we approached the islands which we were told was a good time to be there because the seals like to come out on to the rocks at low tide.  At first we could only spot a few seals poking their heads out of the water, watching us very suspiciously. As we carried on though, we reached a favoured spot on Longstone Island where the captain managed to sail us very close to the rocks to get a super up-close view of this group of seals. Most of the female seals are currently heavily pregnant with pups due next month. 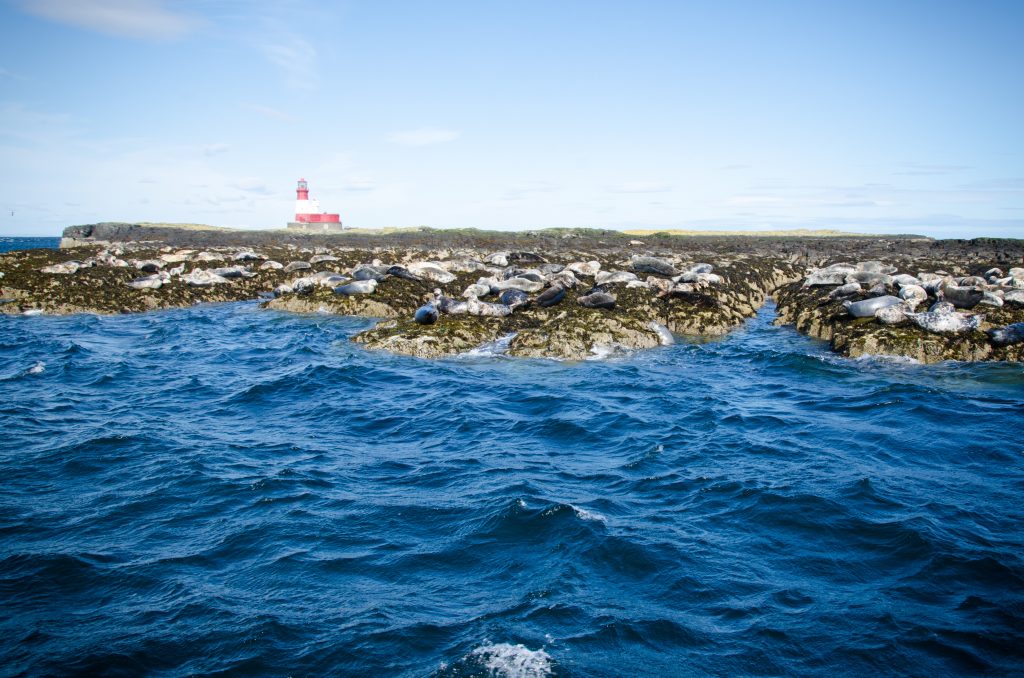 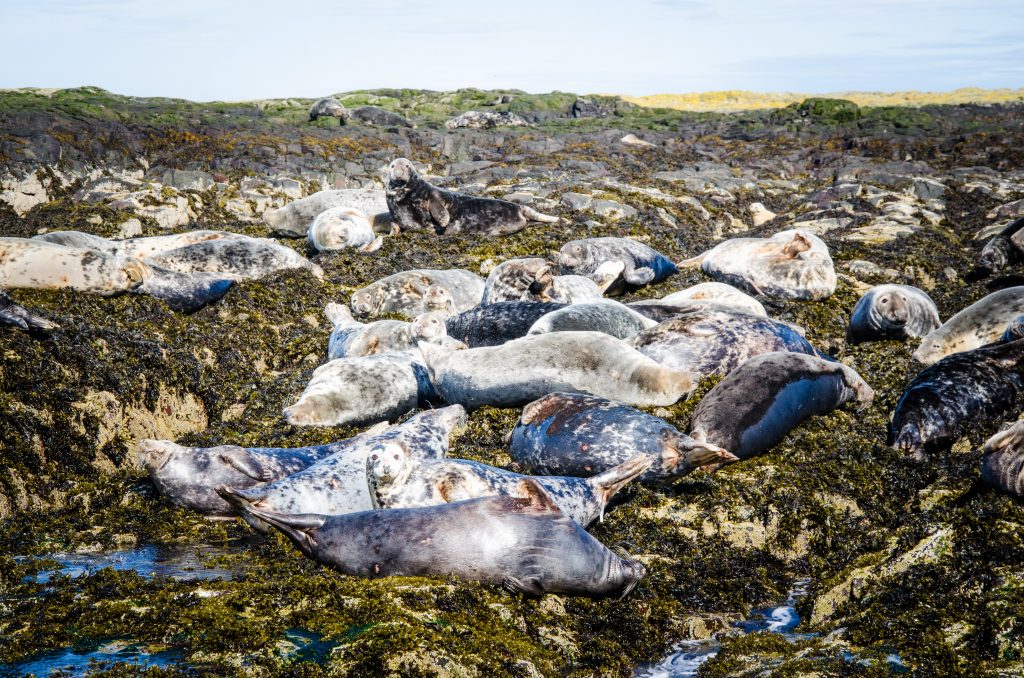 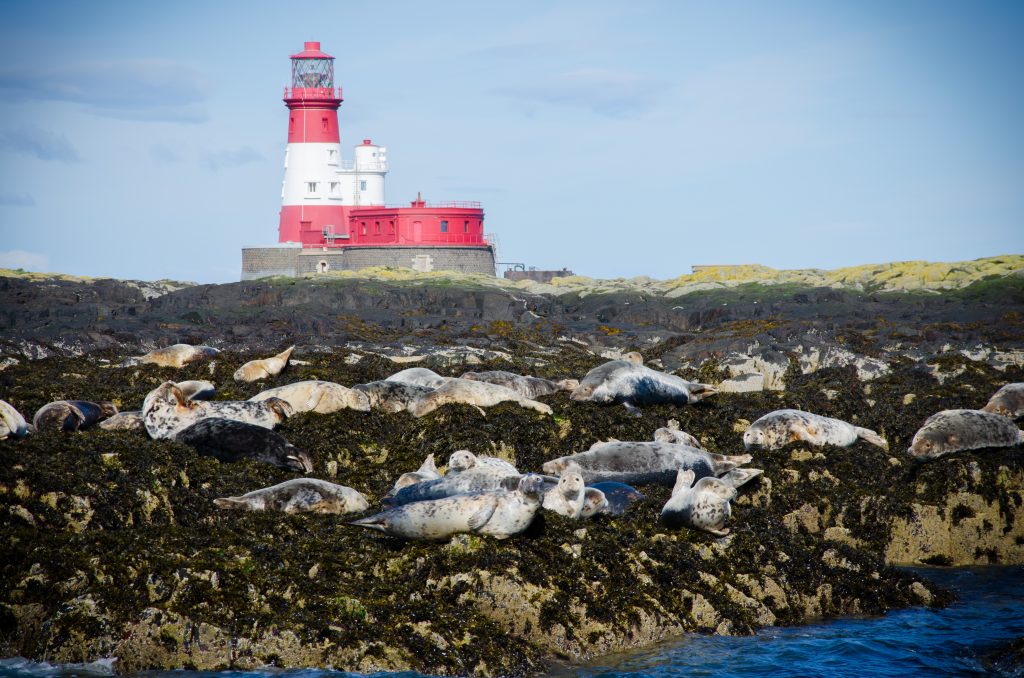 I think need to plan another trip to see the seal pups, and a third to see the puffins when they return to breed next year!