I’ve lived in Edinburgh for almost 5 years now and until today I had never been into the Castle. I’d been up to the Esplanade on a number of occasions (including a visit to watch the Tattoo last year) but never beyond.  Today, however, we donned our hats, gloves and warm coats before jumping on the bus up to the Mound.  We managed to bypass the ticket queue by purchasing our tickets online on James’s iPhone whilst standing in entrance of the Castle, and then headed on in. The views were fantastic although they were limited at times by the snow clouds which were coming in our direction.  We easily spent 3 1/2 hours wandering around the different sections of the Castle – I was surprised how many different buildings and exhibitions there were to see.  Here are a few photos mostly of the buildings and some interesting bits of detailing I spotted. 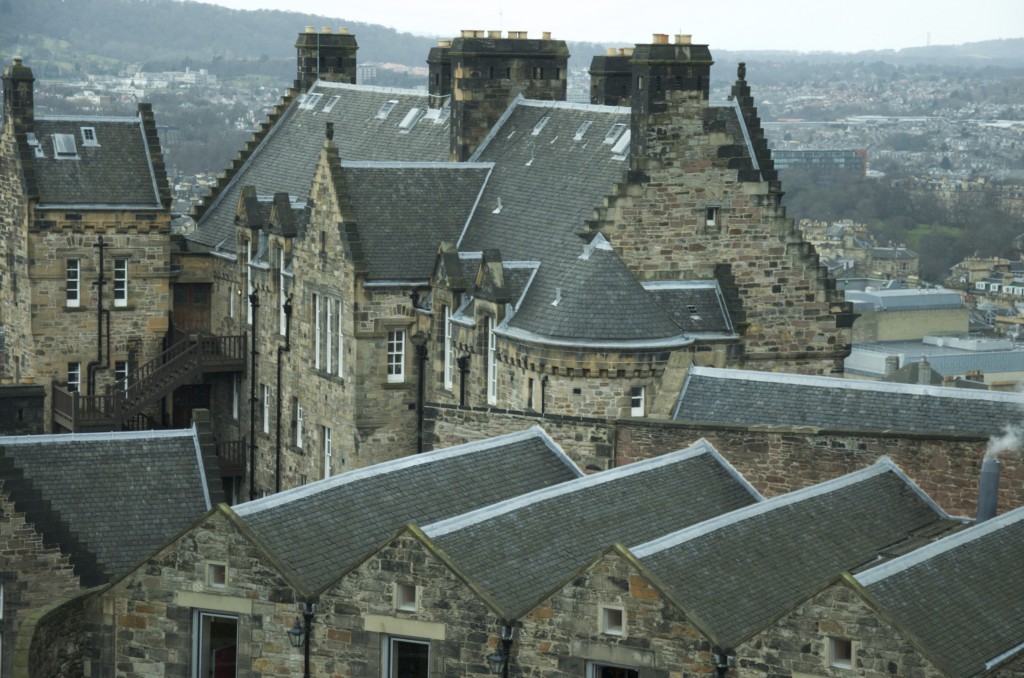 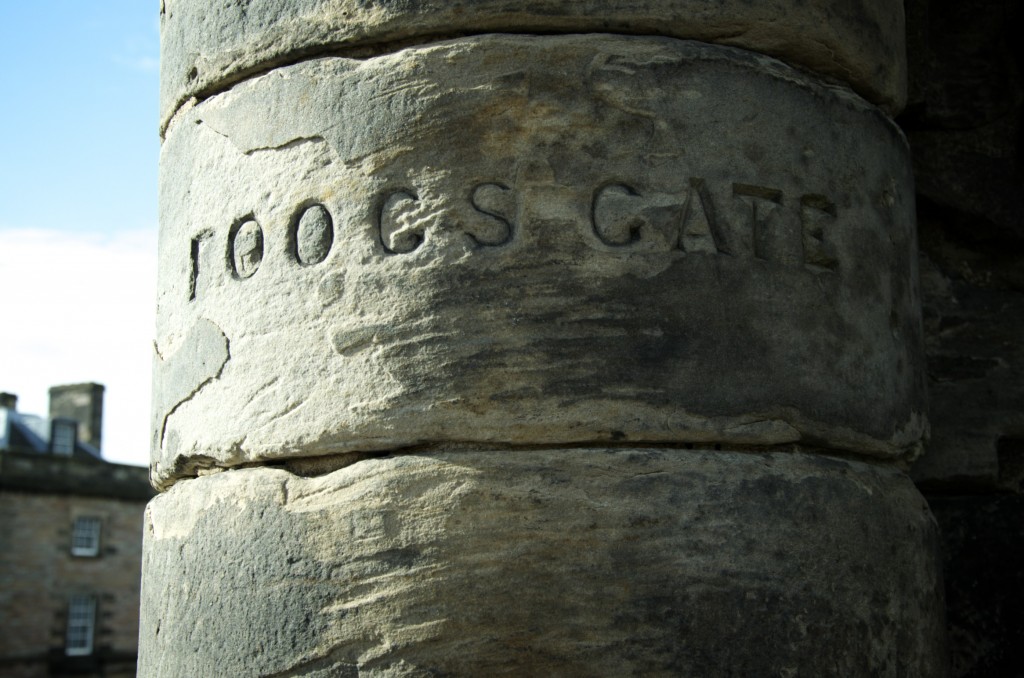 The guidebook says that Foog’s Gate used to be called Foggy Gate because of the sea haar in Edinburgh. 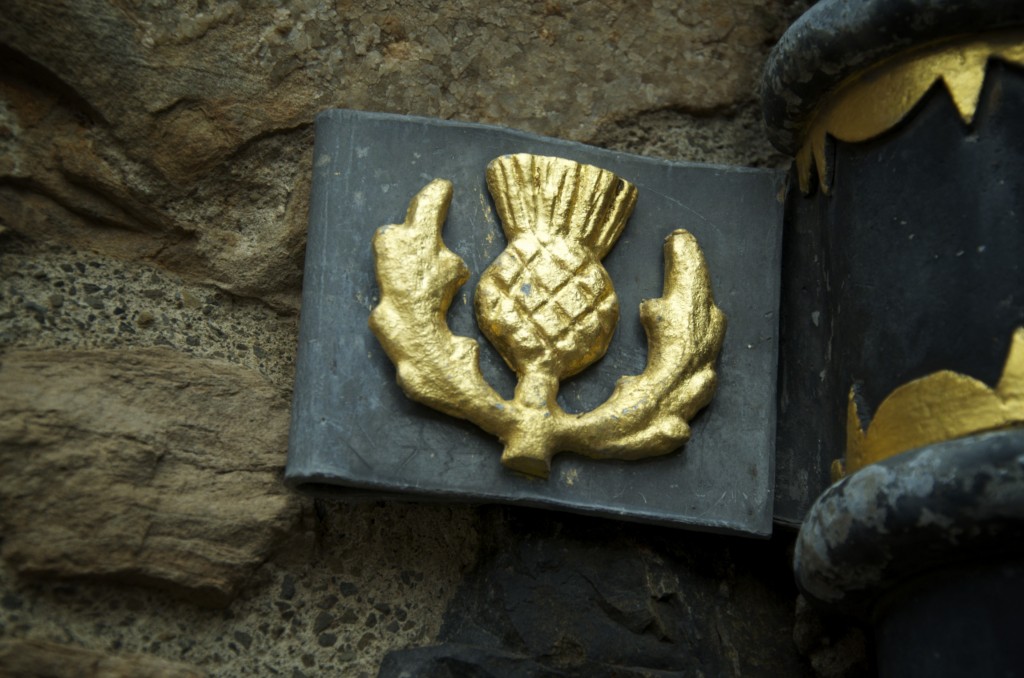 I liked that even the drainpipes were nicely decorated.

A finally here’s a photo of the One o’Clock Gun about the be fired. Even though I was waiting for it, it still made me jump! 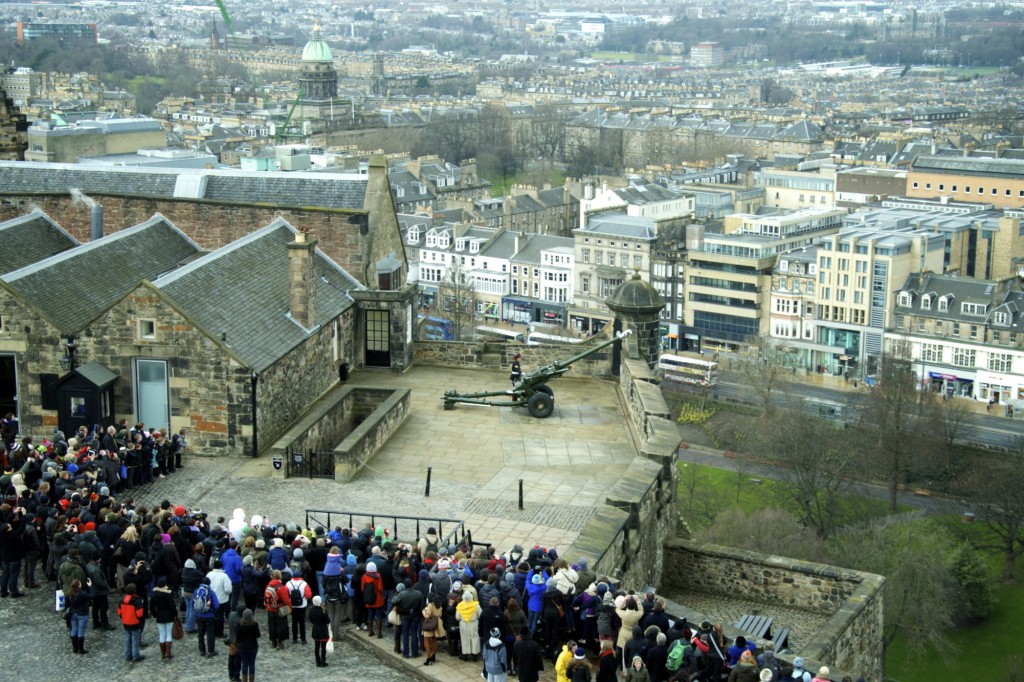