I’ve recently been hearing a lot of good things about North Berwick, so when deciding where to go for a fun day out it was at the top of my list.  Its only about 40 minutes down the coast from Edinburgh but we’d never thought to visit before.  I think we’ll definitely be going back!  It was lovely – made all the better by some lovely sunny weather.

Our first stop was Tantallon Castle – thanks to a recommendation from a colleague. Tantallon Castle is situated just to the east of North Berwick.  It was built as a fortress for the Douglas family in the mid-14th century.  It’s position right on the cliffs is fantastic. 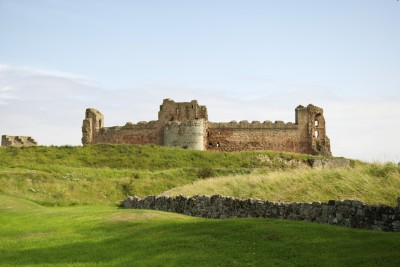 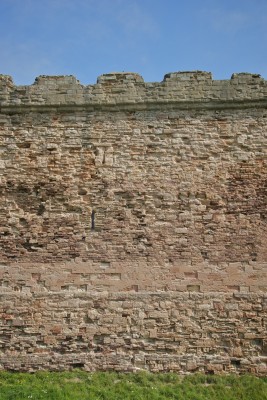 The castle is currently undergoing some restoration because the stone is very weathered in places.  The patterns of weathering really caught my attention. 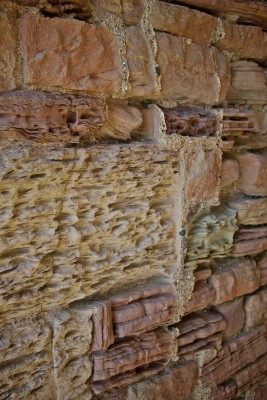 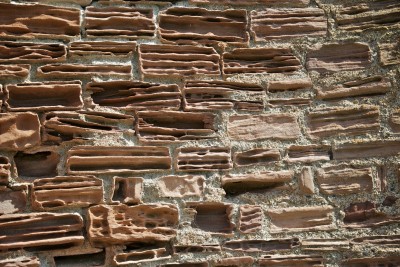 Our next stop was North Berwick Law.  The law, a volcanic plug, can be seen for miles around.  You can certainly see it from Arthur’s Seat or Edinburgh Castle.  The walk to the top was very picturesque in itself… 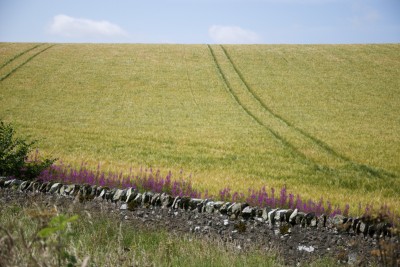 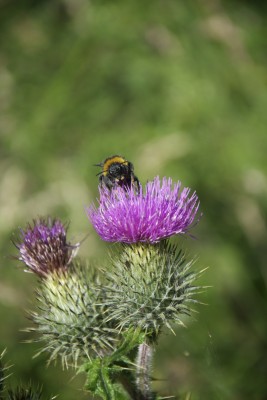 … and the views from the top made the walk well worth it! 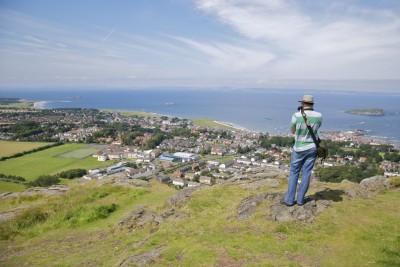 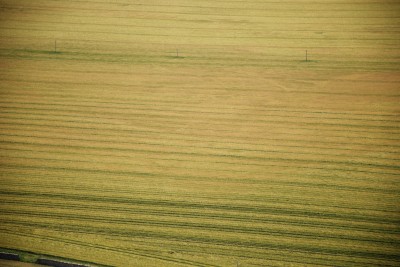 After the Law, we headed into North Berwick itself for a well earned ice cream and walk along the beach. Racing was just coming to an end at the National Topper Championship.  The young sailors looked liked they’d all had a fantastic, if tiring, day out in the Firth. 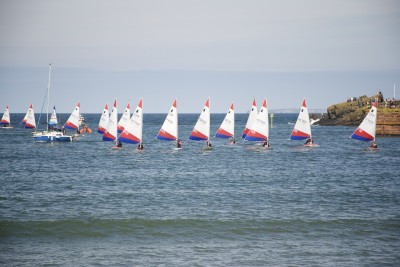 We finished our day with a drink at the Duck in Aberlady before a final stop for fish and chips at Cockenzie harbour – what a treat!!