Earlier this week we returned from a fantastic short trip to Iceland.  It really was an amazing experience – so different to anything I’ve done or seen before.  Within 3 days we saw waterfalls, volcanos, glaciers, lava fields, black-sand beaches and some superb rock formations.  On top of that we swam in the Blue Lagoon; visited the seat of Iceland’s original parliament which happens to be on the meeting point of the Eurasian and North American tectonic plates; and heard some lovely stories about the Icelandic traditions and customs including their beliefs in Elves and Trolls.  I have so many photos that I would like to share – here are two for starters. 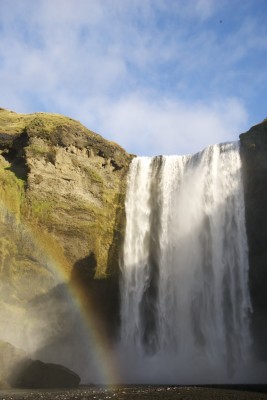 This was one of our very first stops of the tour – the waterfall at Skogafoss.  We were very lucky because the rainbow had vanished by the time we left.  This area is covered in volcanic ash from Eyjafjallajokull’s eruption earlier this year.  (I have some of the ash in a little bag if anyone happens to want to see what caused all of our travel chaos in April!) 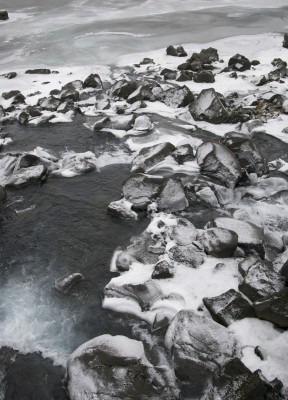 This second photo is another, much smaller, waterfall.  This one was in Þingvellir (the Þ is pronounced like “th” in “thing”).  We had just walked along one of the biggest ridges caused by the movement of the North American and Eurasian plates.