Since my trip to the French and Belgian Battlefields, I have started to read “Birdsong”.  It is quickly reminding me of the things I saw in Ypres and the Somme.  I have now had chance to sort through some of the hundreds of photos that I took in the 3 days.  Here is a small hand-picked selection that I wanted to share.

Firstly, at “Le Tommy” we saw hundreds of used shells which have been dug up in the nearby fields.  Live shells are still being dug up to this day – we saw 4 on the side of the road waiting to be collected. 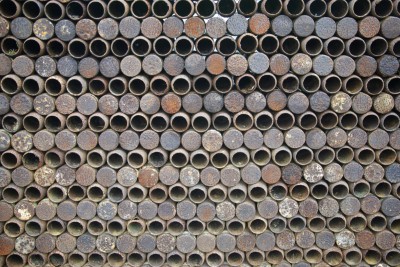 Secondly, I wanted to include one of the many photos that I took in the British Cemeteries.  The British Memorial Cemeteries are fantastically well kept – bright and peaceful.  This is from Tyne Cot where there are approximately 12,000 graves and the names of over 35,000 on the memorial walls.  Its difficult to comprehend these numbers. 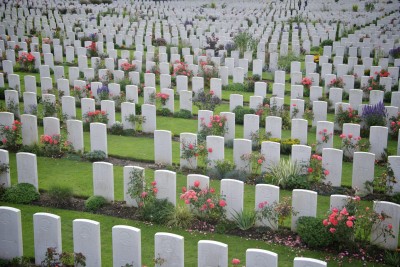 The next image is a small section of the Menim Gate.  Followed by an anonymous moment of remembrance at the Thiepval Memorial. 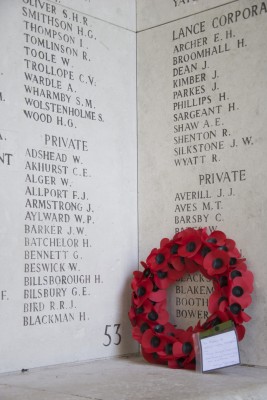 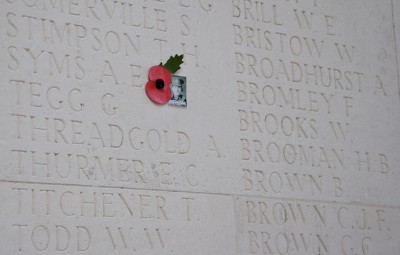 During the trip we also visited Langemarck which is a German Memorial Cemetery.  This was in such stark contrast to the British Cemeteries.  In the British Cemeteries most men were given an individual grave.  At Langemarck there simply isn’t the space to allow for this.  Instead 25,000 bodies lie within the mass grave shown in this photo which was smaller in size than a tennis court.